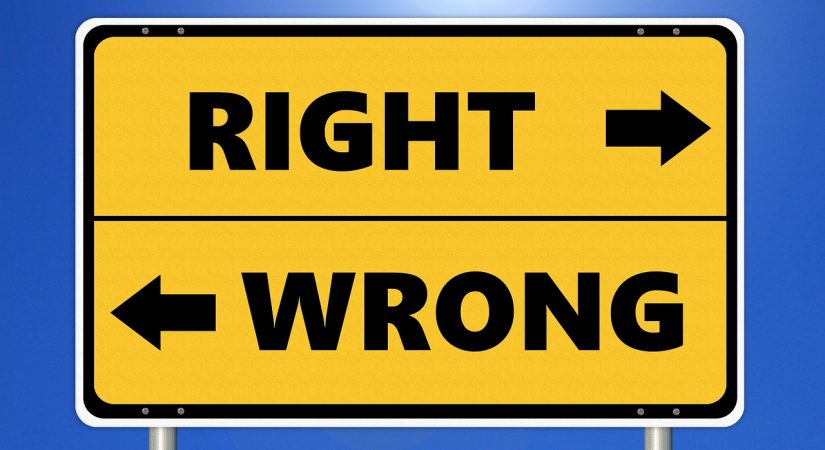 One of the crucial aspects of applying ethics is the workplace. The workplace is a complex environment because of a variety of behaviours.  There are multiple roles of the actors at work.

Different goals, methods and attitudes can often lead to several types of conflicts. Global political and economic doctrines, such as Capitalism, Marxism, Socialism and Communism, are in a centuries-old conflict due to different ethical views on how people should behave in the workplace.  See Miller (2003) for more on this.

The frequency and intensity of violence, coercion, and destruction brought by such conflicts are staggering. That is both at the global and local levels.  I argue that applying ethics to shift behaviours in a beneficent direction at the workplace has potential to prevent such outcomes.

I will use two cases to justify my point for the applicability of ethics to the workplace. The first one is the recent shooting in the YouTube building in San Bruno.  The second one is the Hardford Distributors shooting in 2010.  While such extreme cases might be disturbing, they are best-suited to show what is at stake due to unresolved ethical issues at work.

San Bruno Mass-Shooting at the Workplace

On the 3rd of April 2018, a woman, later identified as Nasim Aghdam, entered the YouTube headquarters in San Bruno, California, and opened fire (CBS News 2018, YouTube shooting: Nasim Aghdam shoots 3 before killing herself at San Bruno HQ). The result was that three people were wounded and the suicide of the perpetrator. Now, why would someone act in such a manner?

Aghdam was an exercise enthusiast, an animal rights activist, and an engaged Youtuber who had been “making a living as a YouTube personality”, according to her family (CBS News 2018, YouTube shooter thought company was “ruining her life,” family says). However, shortly before the incident, Aghdam broadcasted complaints that YouTube had stopped paying for the content Aghdam was delivering to the website.

She had also complained in a since-deleted video “that YouTube had started filtering her page and adding age restrictions to keep her viewership down” (ibid.). “There is no equal growth opportunity on YOUTUBE or any other video sharing site, your channel will grow if they want to!!!!!,” she said (ibid.).

In other words, Aghdam and YouTube were set in an employer-employee relation which ended in a tragical way. Aghdam was not informed about the company’s motivation to apply a discriminative policy in her case.  Even worse, she stopped receiving her compensation for the work she did in terms of the subscribers and views that she brought to YouTube.

What has ethics got to do with it? YouTube acted in a legal manner, following its own rules that are still recognized by law.  In response, Aghdam clearly acted in an illegal manner. On the surface, it seems to be a clear-cut case. However, acting ethically was never equal to acting legally. We can always recall that slavery was legal. But was it ethical?

An ancient principle in ethics, which can be dubbed “the principle of mutuality,” might be sates as “[b]eing ethical as opposed to ‘moral’ is essentially about accepting our interdependence with each other and taking each other’s needs into consideration before acting” See Lagan & Moran (2006) for more.

From the perspective of this principle being applied to the YouTube shooting case, the company clearly behaved in an unethical manner.  It excluded its interdependence with its workers. However, the interdependence was included by Nasim Aghdam’s violent actions in San Bruno.

Was there another way in which the situation might have been resolved? There is no way to know for certain, of course.  Yet such cases call for every type of measure that can be taken to prevent workplace-related violence.

What we know is that no one was there to clarify the problem to Agham and offer rational advice from an ethical (not legal) perspective before she made her final decisions. From a legal perspective, the relevant causes for the San Bruno incident were legally permissible.  Certainly, there were ethical conflicts in the workplace in San Bruno, though.

The type of measures that can be taken for the prevention of such tragedies is just in the domain of ethics: Consult the wronged parties coming from different work environments.  Raise ethical awareness about erroneous tendencies in the workplace.  It needs to be based on rigorous ethical research.

Manchester Mass-Shooting at the Workplace

On the 3th of August, Omar Thornton, shot and killed eight of his coworkers at Hartford Distributors in Manchester, Connecticut before committing suicide (CNN 2010, Gunman ‘cold as ice’ before killing 8 in workplace shooting spree). The identified motive was that Thornton was a victim of racism in his workplace (CBS 2010 News, Omar Thornton: “I Killed the Five Racists”).

The motive we have was based on testimonies about Thornton’s conversation with his mother minutes before his death.  Then, a transcript of Thornton’s call to 911, made shortly before he killed himself, was realised in the media. A short excerpt from it shows quite clearly the shooter’s motive:

“Thornton: I’m in the building. Uh, you probably want to know the reason why I shot this place up. This place right here is a racist place.

Dispatcher: Yup, I understand that.

Thornton: They’re treating me bad over here. And treat all other black employees bad over here, too. So I took it to my own hands and handled the problem. I wish I could have got more of the people.” (MassLive, Transcript of 911 call from Omar Thornton during shooting at Hartford Distributors in Manchester, Connecticut)

Though Chris Roos, representative of the company’s drivers, disclaimed that the incident occurred due to racism (CBS News, Omar Thornton: “I Killed the Five Racists”), saying “It’s got nothing to do with race. This is a disgruntled employee who shot a bunch of people.”  Other testimonies confirm Thornton’s motive to be a reaction against racism.

For instance, Thornton’s uncle, Will Holiday, stated that Omar Thornton “had some instances of racism at the company. They were hanging nooses in the bathroom and writing stuff like that. They were singling him out because he was the only black person there in that area.” (ibid.)

Being disgruntled is not enough motive to kill eight people and end your own life. No matter the extent to which racist behaviour caused Thornton’s response, it is a safe bet that it played a role. The ethical issues in this case are abundant. What if Thornton’s coworkers were better educated on how to treat other human beings? What if they knew the importance of mutuality and interconnectedness between people who work together?

What if they realized that racism is one of the most destructive factors that might cause such interconnectedness to backfire? What if Thornton himself was able to discuss his experiences with a neutral expert in workplace ethics and receive advice on how to handle the situation? Could the loss of nine lives have been averted and the aftermath of nine grieving families – avoided? For this case, of course, no answers are available.

Again, we know that no help was provided for the victim before his behaviour turned around to reciprocally turn more people into victims.

Even in future cases there is no guarantee that ethical treatment will successfully prevent workplace violence. However, what was clearly lacking in Nasim Aghdam and Omar Thornton’s circumstances was the ethical treatment of the employer-worker relation. In such circumstances, throughout the history of mankind, weapons and laws have been used with quite limited success. Then perhaps we are entitled to apply something new – ethics.

See the Endnotes for more on applied ethics.

Transcript of 911 call from Omar Thornton during shooting at Hartford Distributors in Manchester, Connecticut, MassLive 2010, at http://www.masslive.com/news/index.ssf/2010/08/transcript_of_911_call_from_om.html, retrieved on 12.05.2018

Endnotes on Ethics and Academia

Ethics is engaged with deciding which human behaviours are right. Applied ethics is concerned with resolving actual ethical conflicts by employing its rich philosophical legacy in particular cases. Since the 1970s and 80s, applied ethics has been gaining more and more academic foothold (Beauchamp 2003: 2). As it also includes the spectrum of professional ethics (Beauchamp 2003: 2), applied ethics has grown to see actual applications.  See Lagan & Moran (2006), Lachman (2005), and Applbaum (1999) for more.

Thus, applied ethics is one of the rare cases in which “high-level” (or snotty-nosed) academia theoretical discussion has been, at least to a certain extent, adapted for everyday employment. Of course, such employment is hardly a finished task; rather, it “[t]he better view is that adequate conceptions of the method and moral content of applied ethics remain a project in the making” (Beauchamp 2003: 14)). However, the project of applied ethics, unlike other academic pursuits, needs to investigate particular behaviour in order to proceed. At the same time, people need ethics in order to behave efficiently.  So, applied ethics is in the position to enrich both the academic environment and the everyday environment through one another.