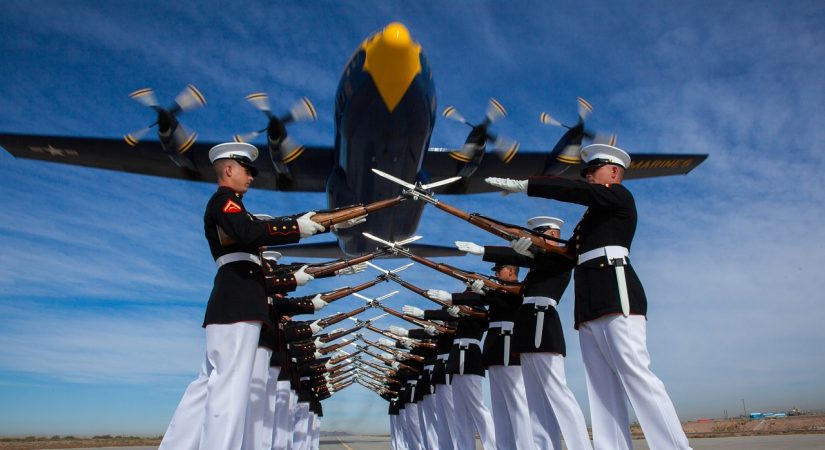 When you’re dealing with a difficult circumstance in the workplace, it’s common to feel trapped as if there’s “nothing” you can do.  However, this is rarely the case. There are always things under your control that you can use to begin improving your position.

Applying color to yourself at work has been a historically tested method of conveying status.  It remains one of the most important factors in the design of uniforms for militaries, sport teams, and business.  Color has a well-documented psychological impact on the way people observe others as well as themselves.  If you’re already taking steps in your wardrobe to improve your position in the workplace, you can begin using color as a subtle tool to influence situations in your desired direction.  With a grasp of the impacts of colors on human emotions, you can begin to take better control of your interpersonal interactions.  This article displays some American research that you may find useful for improving your appearance by strategically choosing your outfits based on color.

Stand up for yourself.  Let colleagues know your boundaries.  Take charge of your situation. When expressing dominance is your goal, studies overwhelmingly favor the color red. In 2005, a study published by Russell A. Hill and Robert A. Barton demonstrated a clear advantage in performance in competitive sports by those wearing red during competition.

In “Red Enhances Human Performance in Contests,” Hill and Barton surveyed a wide variety of “human contests” including both individual and team sports and discovered that “wearing red tips the balance between losing and winning only when other factors are fairly equal.”

These sorts of studies suggest that a red shirt or tie could slightly tip the balance of power in your favor as you enter your workplace more alert and prepared. Multiple studies claim that wearing red has a powerful positive boost to how one is perceived across all interactions between genders.

In the 2010 study, “Distinguishing Between Perceiver and Wearer Effects in Clothing Color-Associated Attributions,” male and female participants were shown six pictures of the same male and female student, dressed in each picture in a different color—red, green, yellow, blue, white, and black, and “asked to provide ratings of attractiveness for each image.”

The results of the test were abundantly clear: “Regardless of sex, raters awarded the highest scores to images in which targets wore red or black.” In 1996, an earlier studyby Michael Hemphill entitled “A Note on Adults’ Color-Emotion Associations” found that redness was most powerfully associated with excitement. If you want to be remembered as attractive and powerful, add a splash of red to your wardrobe.

You may find yourself in a dispute with an angry boss or a disagreeable and rude coworker, leading to a series of arguments, bitter passive-aggressive slights, or even violence in the most extreme cases. What you need is an effective tool to help deescalate the situation and move toward a state of relative peace. Looking across several different studies over time, the color blue emerges as a superior solution.

In 1957, a study entitled “Colors and Mood-Tones” measured eight colors across eleven mood-tones in four different groups of people. Blue ranked the highest in both “secure, comfortable,” and “tender, soothing.” The previously mentioned 1996 Hemphill study displayed blue as the top favorite color by far among both men and women. The study also revealed that as well as garnering the highest level of positive emotion among the other colors tested, it was also rated the absolute lowest for negative emotion.

In 2004, in “Relationship between color and emotion: a study of college students,” Naz Kaya and Helen Epps wrote that “the reason that blue elicited the highest number of positive responses and was most often seen as the favorite color seems to be because many participants associated blue with the ocean or the sky. Both were seen to be limitless, calm, or serene.” In 2008, a later study entitled “The Emotional Connotations of Color: A Qualitative Investigation” found that “green and blue were associated with low anxiety levels and the qualities of being comfortable and soothing.” If you want to reach out to someone in a gentle way and seek to be perceived more positively, add a healthy dash of blue to your collection.

In 1979, a study by Alexander G. Schauss provided the color pink as an answer. In his article, “Tranquilizing Effect of Color Reduces Aggressive Behavior and Potential Violence,” Schauss first describes a 1978 experiment in which participants were asked to “resist the experimenter’s efforts” to force their arms to their hips after exposure to a piece of pink construction paper. Almost every subject displayed “a significant loss of muscular strength.”

In 1979, attempts were made to replicate this experiment on a much larger scale by painting the walls of two different prison holding cells pink; both prisons saw clear and noticeable reductions in inmate aggression. Pink was also briefly mentioned in the 2008 “Emotional Connotations of Color” study as a softened version of “the aggressive and active feelings associated with red.” If you’re looking to bring down the tension in the room, consider a splash of pink in your outfit.

When you are having trouble in the workplace, it is vital that you make proper use of every tool you have to arrange your interactions. Improving your appearance is often something that you can employ first.  It may precede your actions and your speech, and color is a key factor in your appearance. To that end, strategically choose the colors you wear.  You may soon find yourself moving upward in your workplace.