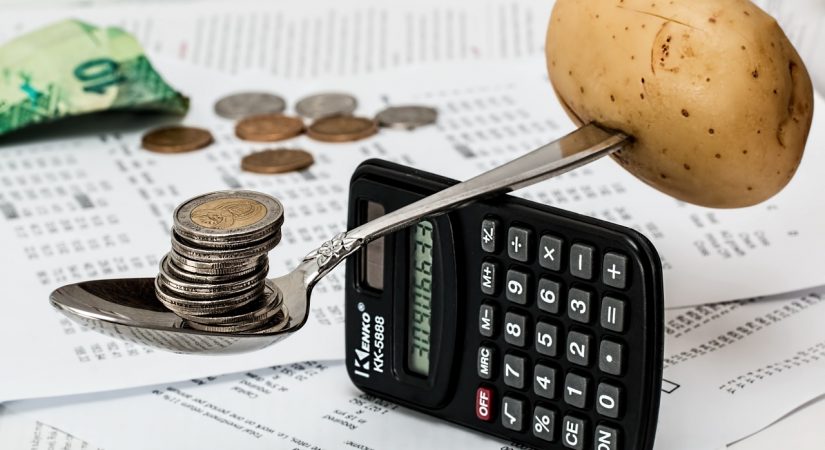 My Path as a Public Manager

I began my professional career as an Accountant I, at a large state agency in Texas.  I had just graduated from college, and I really wasn’t sure what I wanted to do, other than to work in the public sector.  As time went on, I began to matriculate up the ladder from an Accountant I, then II, then III, IV, and so on until after several years I was promoted to Accounts Payable manager.

During this time, I also went back to school to earn a master’s degree in public administration.  Today, I am the Deputy Chief of Accounting at that same agency where I have worked for the past 13 years.  Even though I’ve been in a management position for about 7 years, I’m probably one of the youngest people at my level at the agency, which I believe gives me a unique perspective.

My youth and management experience mean that I’ve had some trial by fire.  It also means that I’ve had to draw a lot from mentors and outside resources, such as books.  I’m always leery of those who think there is nothing new for them to learn.

As Bruce Lee said: “Learning is discovery, the discovery of the cause of our ignorance.”  This is why I think being only about 30 years old when I was promoted into management gave me a unique perspective.  It helped me have an “eyes wide open” approach.  This essay shows what I have found works best for me and my style of management.  This essay is purely an anecdotal account of what I have found to be effective strategies in management.

Being an Effective Manager

Fairly early on in my career as a manager, I figured out that there are a couple of critical components for being an effective manager.  I also figured out pretty early on, merely being a subject matter expert is not enough to be a good manager.  And being a manager will probably mean that you will not spend a lot of time on that matter of expertise.  Instead, you will spend most of your time dealing with people.

These are the tenets that have guided me in my experience in both private and public-sector management.  I was fortunate to have some really good mentors along the way, whose lessons I still value and apply every day.  Being an effective manager is one of the hardest jobs, but also one of the most rewarding.  It can be emotionally draining and, at the same time, extremely fulfilling. I hope the lessons and stories I share here may help you, the reader, become the most effective manager you can be.

In Neil Gaiman’s book, Norse Mythology, the mythological hero, Thor, explains his relationship with Loki the god of mischief by stating: “When something goes wrong the first thing I always think is it is Loki’s fault.  It just saves me a lot of time.”  This is the strategy I employ in relation to communication.  Whenever something goes wrong, I work towards identifying where the breakdown in communication took place.  It just saves me a lot of time.  It really doesn’t matter what the problem is, in my experience there is always some sort of communication issue at the root of the problem. 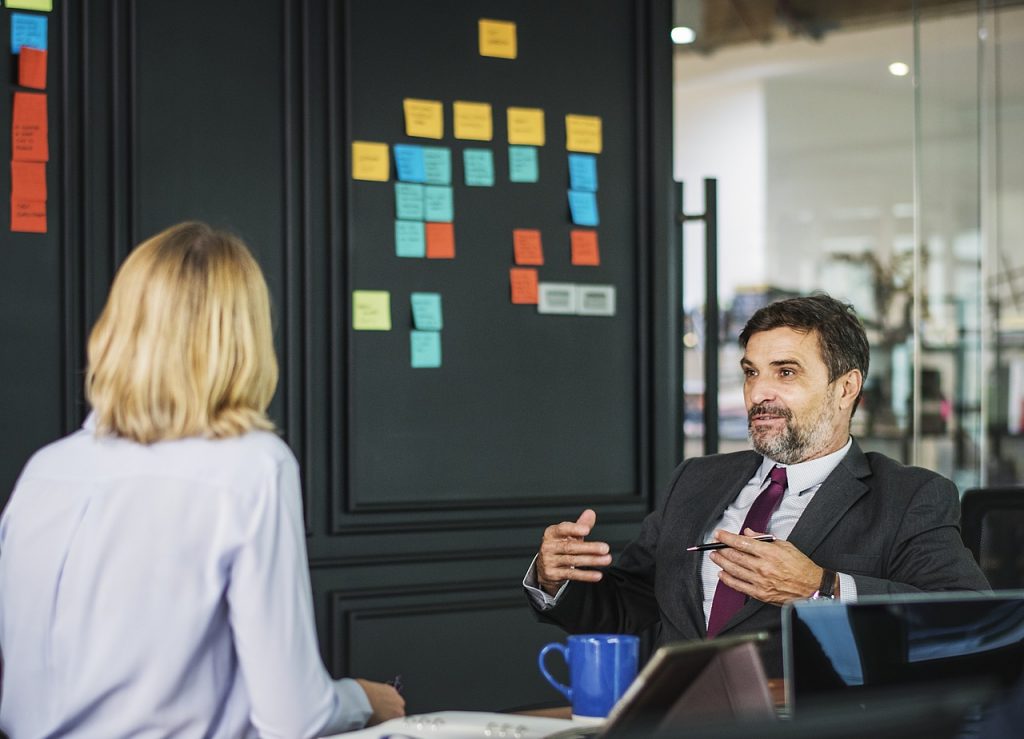 As a manager, communication is your life-blood to success.  It either makes you or breaks you.  In thinking about communication as a manager, I’m reminded of something that personal trainer and fat loss guru, Josh Hillis, said when one of his client’s progress stalls.  He said: “It’s the food.  It’s always the food.”

Likes and Dislikes and Respect

My old director once told me when I was first promoted into management: “The biggest problem I see with new managers is they want their staff to like them.  Your staff doesn’t have to like you, but they must respect you.”

In general, people want to be liked.  It’s only natural.  It is one of the things that makes management so hard.  Sometimes you have to tell someone something they don’t want to hear.  Maybe it’s that they’re not as good of a performer as they think.  Or maybe you have to assign them some work that they don’t want to do, but it has to get done nonetheless.

I’ve found that being direct and honest with an employee will almost always be reciprocated with respect. There are exceptions, but, by and large, people want to be treated fairly.  They want to see they have an opportunity to prove themselves.  I think these are the keys to gaining your staff’s respect:  Be honest, be forthright, do the right thing, and treat everyone equally.

Don’t fall into the pitfall of trying to be your staff’s friend by gossiping or going to lunch with them every day.  It never ends well.  It’s important to keep from crossing that line of being friendly to being a friend.  The funny thing is that if your staff truly respects you, they end up liking you, too, even when you tell them something they don’t want to hear.

Respect doesn’t mean acting like a jerk to get your staff to fear you.  Respect is earned, not given.  Being condescending or denigrating towards your staff only makes them despise you, not respect you.  That closes off communication and creates malcontent.  Earning the respect of your staff affords you the luxury of having their full attention.  They may be more willing to stay late to help you finish that big project, or maybe they’re just more productive.

I can’t think of a better demonstration of a person earning the respect of their subordinates than George Washington.  Washington delivered what is known as the Newburgh address to a group of his officers who were ready to mutiny against Congress over back-pay to the army.  While addressing the officers, he pulled out a letter to read from his pocket, put on his glasses (the men had never seen him wear glasses before), and said “Gentlemen, you must pardon me. I have grown gray in your service and now find myself growing blind.”

This one sentence effectively ended the mutiny as the officers broke down in tears upon hearing these words.  That’s the power of respect.

One last word about respect.  Your fancy title doesn’t earn you the respect of your staff, or your peers for that matter.  I’m reminded of the movie Braveheart when William Wallace tells Robert the Bruce “Now tell me, what does that mean to be noble? Your title gives you claim to the throne of our country, but men don’t follow titles, they follow courage. Now our people know you. Noble, and common, they respect you. And if you would just lead them to freedom, they’d follow you. And so would I.”

I’ve always found a lot of truth in that quote.  It’s important to have the courage to do the right thing and take responsibility for your actions.  People follow leaders, not titles.  And the best way to lead is by example.  Work hard.  I mean work really hard, day in and day out, and others will take notice.  On many occasions I’ve seen someone come into a new position full of excitement with a “go-getter” attitude only to be disenfranchised after a year.

Continuous Hard Work and the Home-Life

Maintaining that focus and drive consistently over the long haul is challenging.  It’s what separates the wheat from the chaff.  And it’s one of a couple of qualities I look for in my staff when I think about promotions.  I’ve found that if you lead by example, not only will others follow, but you will earn the respect of your staff and your peers.

As the stoic philosopher Seneca points out: “Work nourishes noble minds.”  So, work hard, and lead by example.

I hope this short read was beneficial to you.  In closing I want to make one final suggestion.  It is something one of my older, wiser managerial peers told me when I was coming up the ranks.  She said: “Have a life.  Don’t get consumed by work.”  She also told me to be sure to tell my staff that, too.

I think it’s really important to have that work/home balance.  Also, we shouldn’t take ourselves so seriously.  Remember to relax and have fun every once in a while.

When I get home in the evening, my wife and I have a rule about talking about work, we don’t do it.  If one of us is frustrated about something and just has to get it off our chest, whether it be about work, family, or something else we limit the conversation to 5 or 10 minutes.  After that we move on to the rest of our evening.  So, on that note, I’ll end with the following quote from the Roman Emperor Marcus Aurelius: