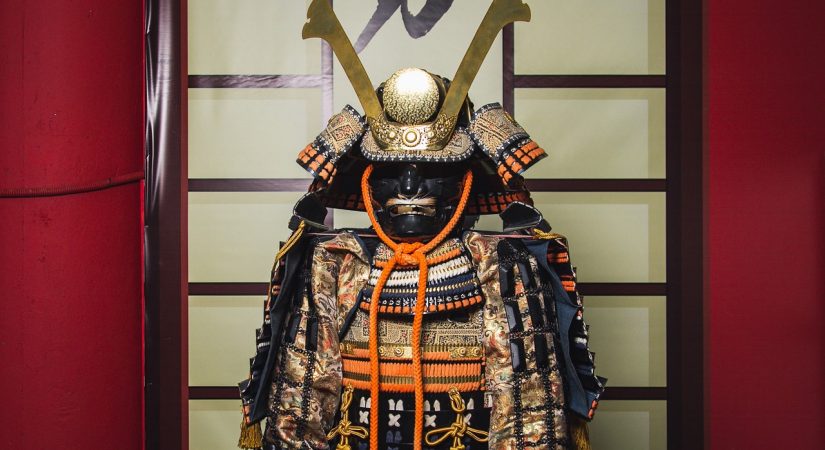 When you enter your workplace and engage with those around you, it’s, of course, ideal to do so at your peak—healthy, confident, and powerful. One easy and visibly effective way to boost your physical and mental health is to maintain your appearance. It will affect how you feel and create an impression on those around you. In ancient stories, like Beowulf and Homer’s The Iliad, armor was a means of conveying status, power, even identity. The right suit of armor on the battlefield could inspire your allies and force enemies to think twice before attacking. Careful cultivation of your appearance can be your new suit of shining armor in the workplace, projecting your identity aiding in your protection from outside dangers. Sticking with the armor metaphor, it is crucial for the different pieces to appropriately click together so as not to leave open weaknesses, both in a functional and an aesthetic sense so you can enter the field of your workplace with confidence that you are making the right impression on the people you meet.

The time you take to prepare yourself will tend to make you more confident, and this display of thoughtfulness will resonate with people and their interactions with you. A study published by Micheal W. Kraus in 2014 showed a relationship between “upper-class” clothing and expressions of power and dominance by the wearer. Kraus’ experiments showed that participants wearing formal clothing felt much more powerful on average and performed measurably better in negotiations. Another report published in 2015 by Micheal L. Slepian entitled “The Cognitive Consequences of Formal Clothing” demonstrated that “wearing formal clothing enhances abstract cognitive processing.” In the report, Slepian discussed the results of five different experiments designed to test participants’ abstract cognitive processing in several different ways. In each experiment, Slepian found that the ones who performed the best were the ones who dressed the best.

If you want to feel like a leader, dress the way leaders dress.

As a warrior wants to enter the battlefield fully armed and prepared with the right weapons, armor, and physique, your appearance is an essential point to consider when preparing to make a positive impact for you and your allies. When you encounter people in the office, on the street, and even in the mirror, these people are making instantaneous assumptions that are stronger than conscious logic, like when people assume a restaurant has delicious food because its parking lot is full. Many studies attempt to show that the way you dress will influence others’ perceptions of you, including Ronald E. Bassett’s 1979 study, “Effects of Source Attire on Judgments of Credibility.” Bassett found and wrote that “persons wearing high-status clothing were more successful at getting strangers to comply with requests.” If you put care, dedication, and attention to detail into how you dress, people will believe these virtues extend to other areas of your life and work, creating a sense of trust and an impression of authority. Bassett’s study went on to report that “source clothing is an important non-verbal variable affecting the outcomes of attempts to persuade.”

Make your appearance an integral part of how you prepare to negotiate, and you will see your negotiations become more successful.

Making your appearance a key component of your work-life is paramount because neglecting this area of your life can make you a target, just as rusty or broken armor can leave a fighter exposed to danger. From the time I began my first job as a teenager until today, I have seen time and again co-workers showing up to work shabbily dressed or unkempt, and misunderstanding why they so often became the targets of their boss’ ire. They didn’t see the connection between the stains and wrinkles in the clothing that they might have worn several days in a row and others’ poor opinions of them.

A 1969 study by Paul N. Hamid had a group of people give their impressions of photographs of people dressed in different ways. The photographs that received the lowest ratings were of people dressed in dirty clothing or uniforms, while those dressed smartly saw a notable increase in their ratings. A 2004 study by Dr. Ann Cha was specific to the medical field but included similar findings. Several different styles of dress were rated by patients on scales of comfort with their doctors and confidence in their doctors’ abilities—the doctors who dressed in casual clothes had by far the lowest overall ratings. What’s worth noting here is that in both cases these studies had nothing at all to do with the actual abilities or qualities of those being perceived, only how others perceived them, or at least their images.

The way you dress will determine how you are perceived—positively or negatively. Take care to dress according to what is suitable for your situation.

Research strongly suggests that one way of showcasing your skills and confidence is via a more formal, cleaner and stylistically sensitive attire. I can also tell you how it has affected me personally. Toward my junior year of high school I stopped wearing faded, over-sized t-shirts and dirty jeans in favor of clean button-up shirts, slacks, and vests that became the foundation for a lot of my style decisions today. The change in my attitude and the attitudes of those around me was immediate; teachers noticed that I stood out more during class discussions and debates. It even resulted in compliments from other students who had previously avoided me or looked down on me because of my shabby appearance and demeanor. I never looked back, and my progression in this area still grows daily. You can use your appearance as a way of showcasing your competence and skills in the workplace, and as a means of putting your most effective, expressive, and powerful self-image forward. Doing so will improve your interactions, your attitude, and your prospects for success in the workplace.